The Washtenaw County Democratic Party (WCDP) is a county-level party. It is run by an Executive Board, all volunteers, headed by a Chair and Vice Chair. Executive Board members are elected by the Executive Committee just after the November election in even-numbered years for a term of two years. The Executive Board is composed of the heads of a number of standing committees, along with the Chair of the WCDP Black Caucus, who do the nitty-gritty work of organizing a small army of dedicated volunteers. Precinct delegates are elected representatives at the precinct level during the August primary election. These are also volunteers who act as liaisons between their neighborhoods and the Party and can make a difference by organizing their precincts to increase voter and civic participation. 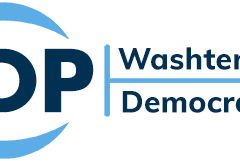