The mission of the Chelsea Area Fire Authority is to serve the public by reducing deaths, injuries and minimizing property loss from fires, hazardous material incidents, motor vehicle accidents, medical emergencies, and any other crisis within our level of training and equipment.

We strive to achieve this mission through diligent training and state of the art equipment, teamed with dedication and professionalism, while maintaining cost-effective management of public funds.

Our success relies upon a proactive organization that understands the future will be determined by the use of our most valuable resource – our personnel.

About CAFA
The Chelsea Area Fire Authority (CAFA) was formed in 1999 under ACT 57 OF 1988 after being known as the Chelsea Fire Department, which was organized in 1888 and officially formed on March 19th, 1889. CAFA proudly protects and serves, per the most current (2010) census data, approximately 14,908 residents living in our coverage area of nearly 116 square miles. CAFA is located in southeastern Michigan, 24 miles east of the City of Jackson and 17 miles west of the City of Ann Arbor.

We provide fire, rescue, hazardous materials operations and non-transport basic life support services to the people of Washtenaw County including the City of Chelsea and the Townships of Lima, Lyndon and Sylvan as well as a portion of Dexter Township through an automatic aid agreement with the Dexter Area Fire Department.  In any given year CAFA’s calls for service are approximately 50 percent EMS related, 25 percent fire related and 25 percent rescue related. 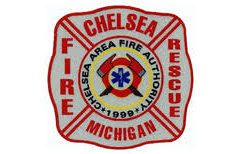 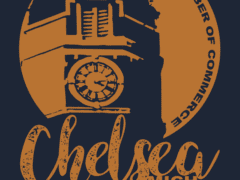